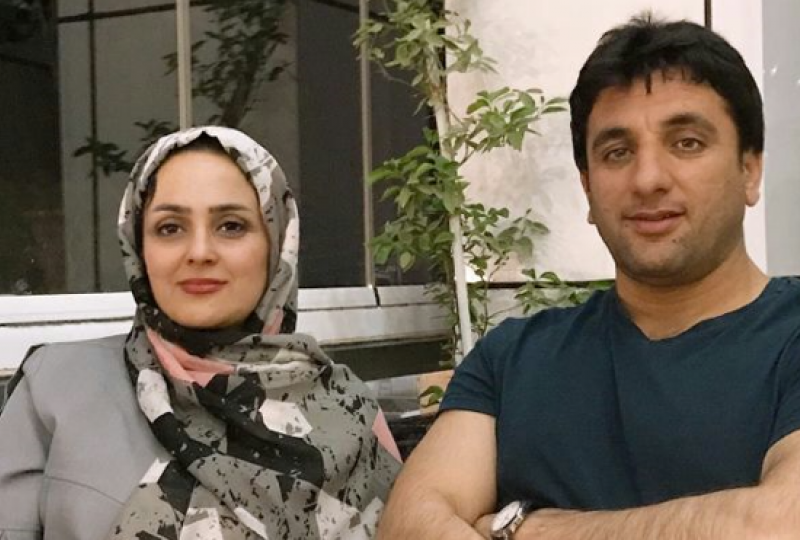 What is the current situation for lawyers in Afghanistan?

Nadiri: We had about 6.500 lawyers in Afghanistan, 30 % of which were women. Since Taliban came back in the summer of 2021, the independence of the bar was lifted and it was placed under the authority of the ministry of justice. All assets of the bar were confiscated. As well as databases containing information about lawyers who defended delicate cases such as human rights. These lawyers were blacklisted and some of them risk prosecution. All lawyers now have to register at the ministry of justice and obtain a new license. To obtain this license they have to prove that they have acted previously in favor of Taliban. Which is hard because Taliban was a criminal organization before. No women are allowed to be a lawyer anymore.

Rassa (in het Perzisch): It was a particular shock to me that all women are excluded from the bar. We all got educated for this en obtained our license. It is painful to see that we are excluded from working for our society, which gave us joy.  Also these women cannot obtain an income anymore which will lead to their poverty and dependency. I think this will cause a lot of depression and health problems for these women.

Nadiri: Lawyers now can only practice in several types of cases. For instance not in criminal law, because according to the sharia, as interpreted by Taliban, there is no room for defense, the alleged crime has to be recognized and a punishment accepted. The important principle of the presumption of innocence has totally been set aside.  And if a lawyer, or anyone, wants to defend an accused person, they are considered accomplice and are also prosecuted. A befriended lawyer contacted me recently telling me that he had a sixteen year old client who is being accused of murder. This boy denied he was guilty, and the judge ordered the police to pursue “questioning” until he would confess to this crime. This boy was tortured heavily and got into a coma. They are now accusing the lawyer and he fears for prosecution and torturing.

Apart from the regular judges, there are now the mufti’s, who advise on the application of the sharia. They give very poor advice. For instance in a drug case, there was a sentence of three months of imprisonment, but the illegal stack of heroine was ordered to be given back to the convict. This makes no sense at all.

How were attorneys organized before?

Nadiri: Since 2001, when the international forces were present in our country, we started working to obtain an independent bar association. There was nothing like that before, lawyers depended on the department of justice. It took us up until 2008 to get this established, with help from the United Nations. We established a trainee programme for new lawyers, who were paired up with an experienced attorney for several months, after which they could practice law independently. We started collecting contributions from our members and during these past twenty years we managed to obtain assets and a building in Kaboul for our organization.

All of this was taken away in just one week.

You were a sort of chairmen of the Afghanistan bar association? So basically you are the Afghan Peter Callens (whom you met in March) ?

Nadiri: Ha, well no not entirely, I was elected by the general assembly of the Independent Bar Association to be  member of the Leadership Counsel. There are fifteen members in the counsel, three of which have to be female. There is a president and two deputy-presidents, one of which has to be female. I was member of the counsel and responsible for the western part, which contains five provinces in Afghanistan.

And in December 2020 I was elected head of the Human Rights Defense Committee in the western zone. Our job was to address the threat cases against human and civil rights activists, and to coordinate security measures for them. I and my colleagues at the committee were continuously under direct and indirect threat from groups of religious extremists and government opponents.

How do you foresee the future for Afghanistan? And for you personally?

Rassa: When I was a child I experienced Taliban. We then worked so hard for a better future for our people and country, especially to get an education for women, and we were succeeding. We really believed the future for Afghanistan was so bright. I could never have believed all of it could be gone in a week. I am not optimistic at all for the future. I cannot really say anything about it even.

Nadiri: As for our personal aspirations we hope we can find a house or apartment in Roeselare shortly so our children can continue to go to school there. We stayed at Lombardsijde before for a few months and the kids went to school there as well, and they made friends so easily. There was crying on their part as well as the teacher’s when we had to leave for Roeselare. We are relieved to see our daughters do well because the journey to leave home and get to the airport in Kaboul, and then the flight to Belgium, and the arrival in a completely new place, has been very stressful for them.

We are intensively taking Dutch classes and hope to speak the language better soon, and get our diploma’s recognized and maybe take on some extra studies in Ghent or Bruges. We would love to be able to continue working in our field.

We have to start all over again, and build everything back up from zero, also financially. But we are convinced we can make it, we will just keep pushing ourselves to overcome struggles. For instance it is very hard right now to find a home, we have applied for dozens of places over the last months but still no outcome. But through contacts with your bar we are now being helped by a local real estate agent, Dewaele, which gives us new hope and energy.

With some of my colleagues from the Leadership Counsel, who are staying in different countries all over Europe, I am also setting up the Independent Bar Association of Afghanistan in Exile. We have drafted bylaws and a code of conduct. I am looking to register the office in Brussels. I am so thankful for having been able to work with NATO in the past which caused me to have several contacts within Belgian military forces and embassy, and made me and my family eligible for the evacuation programme. I have since then met with CCBE, OVB and OBFG. They will help us set up the Independent Afghanistan Bar in Exile. It is very warming to see that the bar organizations are supporting us.

Already in Afghanistan I felt that the bar is like a family, and I experience the same thing here.

We hope that lawyers here can help colleagues of ours who are still in danger in Afghanistan and are trying to be evacuated to Belgium.

Thank you for sharing your courageous story and inspiring approach. We wish you all the best and hope you will succeed in obtaining your goals.